THIS EVENT IS CANCELLED (International Keynote: Imagination Is Not A Luxury)

THIS EVENT HAS UNFORTUNATELY BEEN CANCELLED.

We recommend you come to our other Panel events:

Getting Our House In Order: The Arts Responds To Climate Change

To Whose Voices Should We Be Listening?

'Our urban futures are not only to be predicted, but to be created, to be rehearsed. Which is why we need experimenting cities: where political imagination meets social creativity, adding to the repertoire of possibilities and urban DNA.' GABRIELLA GÓMEZ-MONT

A discussion on the power of imagination to effect future change and public space.

Gabriella Gómez-Mont, a powerful advocate for the role of art in the building of our future and a leading voice in how imagination can help solve the challenges of cities and their inhabitants, will look at the interface between art, community, urban planning, health and technology. She will examine the role of art in governing cities and shaping public space, and consider how we protect space for artistic risk, radicality and relevance.

This event is part of the In Between Time Summit Day 2 programme.

Co-presented by In Between Time and Arnolfini.

Gabriella Gómez-Mont was the founder of Laboratorio para la Ciudad (2013 – 2018), the award-winning experimental arm of the Mexico City government. Besides her fascination with all things city, Gabriella is a journalist, visual artist, and director of documentary films, as well as a creative advisor to several cities, universities and companies.

She has received several international recognitions for her work in different fields, such as the first prize in the Audi Urban Future Award, the Best Art Practice Award given by the Italian government, The Creative Bureaucrats Award by the German government, and the TED City 2.0 Prize, among others.

She is an MIT Director’s Fellow, a Yale World Fellow, a TED Senior Fellow, a GeorgeTown University Visiting Fellow, an Institute for the Future Fellow, a Salzburg Seminar Fellow, a Fabrica Alumni and a World Cities Summit Young Leader. Gabriella is also part of the international advisory committee for the Mayor of Seoul on Social Innovation, as well as NACTO’s Streets for Kids, The XXII Triennale of Milan, C40’s Knowledge Hub, Harvard’s Mexican Cities Initiative, and Canada’s MaRS Lab. She was also named one of the 100 most creative people in business by Fast Company magazine.

Panel: To Whose Voices Should We Be Listening?

We the Curious (entrance in Millennium Square) 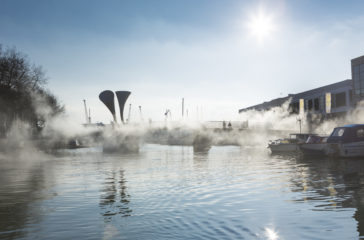 Panel: Getting Our House In Order: The Arts Responds to Climate Change 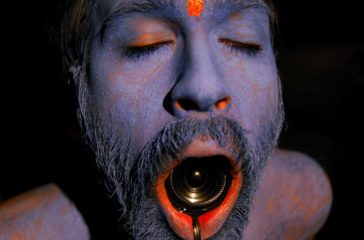 Panel: How Can Live Art Unf**k The World

Join this unconventional panel comprising members of the Live Art UK network of programmers, producers and presenters and a few…